Author’s note: In the effort to spark some conversations, the following is in response to a prompt, “So, you have attended a NEXT Church event! What did you learn in Dallas (or Indianapolis or Durham or another regional gathering) that has informed your thoughts about ministry today?” Since I raised this question, it is only fair if I answer first. If you would like to share, please send your post to taylortroutman@yahoo.com 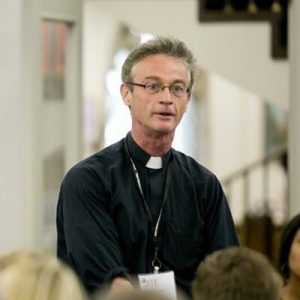 A confession: Wayne Meisel is in my head.

This is not a bad thing, really, because I found him to be delightful and engaging in Dallas at the 2012 National Gathering. Yet he challenges me too. He is at once comforting and unsettling, simultaneously reassuring yet provocative. The reasons for such paradox are found in my own story.

You see, I was born in 1981, which many designate as the cut-off between the Generations X and Y. What an auspicious year to be born, particularly if you decide to make a career in the mainline church. I look young enough to be mistaken for a member of Generation Y and, admittedly, my Birkenstocks and shaggy beard are in some ways meant to evoke such a characterization. But I grew up in a denomination that was built to appeal to Generation X, a model that was itself a continuation of baby boomer preferences. As a result, I often find myself on the cusp, pulled between this and that. I want to work for change, but don’t really want to rock the boat; I appreciate the tradition, even as I feel the burden of keeping an institution alive.

So after I left Dallas, Wayne Meisel has taken up residence in my head, stubbornly refusing to allow me to brush these contradictions under the rug. During his presentation, Meisel challenged the “next church” to listen to the younger generation. Let them lead!

As Meisel spoke, I remember looking around, noticing that my older colleagues were nodding appreciatively. Good for them, I thought, I hope they do empower people.

That’s about the time when I realized that I could not identify with either the older or the younger generation, neither the listeners nor the talkers! And so, I felt a burden of being stuck in between. I am aware that the following is somewhat of a caricature, but as an illustration, I am too inexperienced to pastor a tall steeple church yet too imbedded in this culture to start a hospitality house. What’s “next” is neither something for me to hand down nor to pick up, not about handing over the car keys or enrolling in driver’s ed or, for that matter, learning to skateboard in skinny jeans.

What, then, is my role? What about those of us who, in many ways, have been trained to replace the old guard, except now we are all aware that, unless things change, there is not going to be much left to replace?

Wayne Meisel, that voice in my head, pushes me to be a change agent as a facilitator. I think it is inevitable that institutional transformation is painful, but perhaps from my vantage point in between, I can provide a little space for transition.

After Dallas, I came back to my presbytery and got involved with the Committee on Preparation for Ministry. Yes, dear reader, I am aware that joining a committee is not exactly the most revolutionary act that comes to mind. I don’t need Wayne Meisel to tell me that. My wife, who is Generation Y, teases me plenty!

But, in this role, I can work directly with seminary students, support them, and provide connections. Most of all, I can learn from them, and then help interpret their passion for my senior colleagues. As a transition agent, I do not view my role as gatekeeper, but rather someone who issues an invitation. Here’s where we are and some idea of where we would like to be. How can you help us? What new direction would you take us? Finally, the crucial “next” step: How can we learn from each other?

I am in between the generations; my perspective is a paradox. Perhaps my goal, then, should be to raise questions, not necessarily to answer them. Maybe such work is even a calling. Thank you, Wayne Meisel.

Next Up: Regional Gathering in St. Louis!
Scroll to top