A few weeks ago when a wicked nor’easter blew through town, “Do you have power?” was a common refrain.

Thinking about power is something I find myself doing a lot these days. Perhaps it’s because of the seemingly never-ending examples of abuses of power, rampant in the news. Perhaps because, as a parent and as clergy, knowing how to responsibly and appropriately use the power I have is paramount. Perhaps it’s simply because power, as a theological concept, is both interesting, relevant and important to noodle over and wrestle with.

The passage from scripture that first comes to my mind when reflecting on a theology of power grounded in the Christian tradition is from the second chapter of the Epistle of Paul to the Philippians:

Let the same mind be in you that was in Christ Jesus,
who, though he was in the form of God,
did not regard equality with God
as something to be exploited,
but emptied himself,
taking the form of a slave,
being born in human likeness.
And being found in human form,
he humbled himself
and became obedient to the point of death—
even death on a cross.

This idea/concept/image, of the fullness and power of God, the Source of all things seen and unseen, emptying Godself into human form — the limitless, infinite God becoming limited, finite, human — in the service and for the sake of humankind, lies at the heart of traditional Christian theology.

It feels important to note that in performing healing miracles, Jesus acts in response to requests put forth to him by others, or only after having asked someone, “What is it that you would like me to do for you?” and listening to the response. In other words, Jesus uses his God-given power to heal in respect of and in accordance with the free will and free choice of a human being; Jesus’ power is relational. 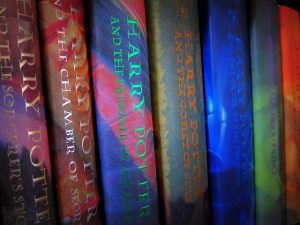 Today’s most popular contemporary myths and stories centering around power, and the right use vs. the abuse of power, mirror a similar theology of power presented in scripture: power used in the service of and for the benefit of others, to heal, uplift, and empower them, in harmony with their own desires, free will, free choices, and self-identified needs, is “good”; whereas power used to control, manipulate, harm, take advantage of, abuse or oppress others, against their own free will and self-determination, is “evil.” Darth Vader and the Emperor in Star Wars mythology, and Voldemort in Harry Potter lore, are evil precisely because they view and use power as a tool to dominate and control others for their own self-aggrandizement, against individuals’ free will.

Lately, I have enjoyed learning and thinking about power through a new lens: the lens of community organizing. Thanks to a week-long training last fall co-sponsored by Metro IAF, NEXT Church, and Johnson C. Smith Theological Seminary, and the work I’ve been engaged with through BUILD, the Metro IAF affiliate in Baltimore, I have come to understand an additional perspective of power. Power “in the world as it is” (as opposed to the world “as it should be”) = “organized people” and “organized money.” Further, the accumulation of power around people’s shared values and common self-interests — “self-interest” having to do with the true “essence” of each human being — and where these interests align, can lead to effective action, moving the “world as it is” bit by bit towards the realization of “the world as it should be.” In my view, this new understanding of power complements and helps to “ground” and “bring down to earth” the theology of power that I understand through the lens of Christian scripture. It provides a practical “how to” approach, to help realize more pockets and places of “heaven on earth” for all of God’s people.

Cristina Paglinauan serves as Associate Rector for Community Engagement at The Episcopal Church of the Redeemer in Baltimore, MD. She enjoys spending time with her husband David Warner, their two children Grace and Ben, and their feline child, Olmsted the cat.

Power as Fluid
Scroll to top