Immediately he made the disciples get into the boat and go on ahead to the other side, while he dismissed the crowds. And after he had dismissed the crowds, he went up the mountain by himself to pray. When evening came, he was there alone, but by this time the boat, battered by the waves, was far from the land,[a] for the wind was against them. And early in the morning he came walking toward them on the sea. But when the disciples saw him walking on the sea, they were terrified, saying, “It is a ghost!” And they cried out in fear. But immediately Jesus spoke to them and said, “Take heart, it is I; do not be afraid.”

Peter answered him, “Lord, if it is you, command me to come to you on the water.”9 He said, “Come.” So, Peter got out of the boat, started walking on the water, and came toward Jesus. But when he noticed the strong wind,[b] he became frightened, and beginning to sink, he cried out, “Lord, save me!” Jesus immediately reached out his hand and caught him, saying to him, “You of little faith, why did you doubt?” When they got into the boat, the wind ceased. And those in the boat worshiped him, saying, “Truly you are the Son of God.” (Matt. 9: 22-33)

I cannot recall just when I read this passage for the umpteenth time and had the revelation that was so shocking it has become the driver for my life to this day. I was introduced to a painting of this scene from Matthew called, Jesus Walks on the Water, in the chapel of an independent living facility I served many years ago in Dallas, TX. Perhaps you have seen it too. Captured from behind, Jesus walks with an expanse of sea before him. I remember being drawn to follow him out onto the sea. The painting mesmerized me, and I studied it intently whenever I visited the facility for weekly bible study.

On the particular day that I was reading the text though, it dawned on me that Jesus was living in an entirely different reality from us but, that Peter had been invited into and actually lived that reality, too. Tell me more, I prayed.

Now my mom used to say, “curiosity killed the cat, but at least the cat died knowing,” and I wanted to know more of this new way of seeing the world and life in it. I asked to receive and to know this reality for myself—to experience the reality that is beyond our 5 senses and the common perception of physical and material reality. That was 3 years ago. Life has been a whirlwind of wonder, awe, and mystery ever since. I have not learned to walk on water like Jesus and Peter—yet—but I have come to believe such behavior is not beyond the capacity of any human being. The origin of that belief has arisen with my independent study of energy medicine which has led me even deeper into a study of many topics like quantum physics, epigenetics, and energetics. 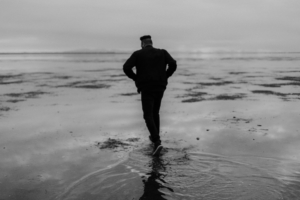 Through my independent study of energy medicine, I have become much more in awe, appreciative and grateful for the mystery of my physical body and its energetic counterpart; and of the material reality and its energetic (or spiritual) component as well. I have become excited about the possibilities for humanity and of being human on planet earth.
If there is one word I would use to describe the Christian journey it would be, transformation. That transformation is into wholeness or full union with GOD through Christ. Where many Christians have been taught that “Jesus died for our sins,” not many have been taught to think reflectively about those words and their meaning for their own lives or for life in community.

Transformation goes beyond adhering to the Ten Commandments and doing things right. As a matter of fact, we can all do things right and miss doing the right thing entirely. Transformation speaks to being and is the process of death and resurrection; of letting go of an old map of reality that is comprised of separation, competition, meritocracy, and me-and-my-tribe for an existence of union-in-diversity, collaboration, grace, love, and compassion (suffering-with an-other). Frankly, given the current state of our world and our own nation, the old map is no longer beneficial or desirable except, perhaps, for a few select people who hold the majority of the material wealth in the world or in the country.

My continued study of energy medicine and energetics has led me to a reality that is wondrously expansive and full of possibility and it is based on a different map of reality—that of quantum physics. What began as a way to heal myself and my own body has turned into brave new world holding the key to a healing of all of humanity on planet earth as well as the earth itself. But it does not come without cost. The cost is an entire paradigm shift of what we currently call “Christianity.”

Instead of finding God absent from this new map, however, I have discovered GOD in Christ more present in the new map than in my previous one. The beauty of this map-making process is that I am constantly amazed, delighted, and at peace with all that is. I have discovered that I really don’t have to worry about tomorrow. It has increased my faith through understanding just who I am in the midst of LIFE. And it all began, for me, with a desire to know more of this Reality that peeks out of every page of the Scriptures. Indeed, healing and the various modalities of energy healing are available to everyone without substantial price. Our bodies are made to heal themselves. Healing and wholeness are not just events from ancient times or current sporadic possibilities, but an inherent gift of every human being on the planet. I believe it is time to un-learn in order to re-learn, for that which we have learned to date, has not transformed us nor our society into a more compassionate and gracious one. Today, from the looks of things amid a global pandemic, I do not think it ever will. It is well time to make a change.

Death and the Life of Ministry

Apologia III: a prose poem on the very nature of faith
Scroll to top