About four times a year I lead a “New Members Inquiry.” Once upon a time it was called “New Members Workshop,” but we had to adjust the language because many people were interested in the content but wary of being committed if they attended. The name change was a small concession to a large challenge. It’s just the case that many people are not “joiners.” I suspect that wariness is a symptom of a larger suspicion of institutionalization in general. Curiously, I am finding that many people are not commitment-avoidant when it comes to showing up, pitching in, and even supporting with time or money. But, becoming a “member” seems to be another matter.

While I share many (not all) of the concerns that people have regarding institutions, I am a strong advocate for church membership for two reasons – one of which is theological and the other of which is biblical. 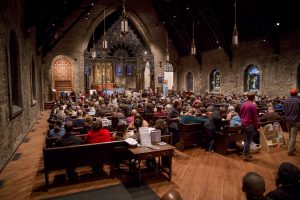 The theological reason I strongly push membership is because I do not want to see the church reduced to yet another cog in the wheel of capitalism, where every decision is predicated on passing the muster of “What’s in it for me?” The church is not a vendor, at which we shop as long as we like the products it carries and the service it provides. It may be the case that this is exactly how people will approach the church regardless of my theological convictions, because we are surely steeped in capitalist rationalization. And, while many people whom I admire argue that we should de-institutionalize the church, starting with eliminating the notion of membership itself, I worry that we would lose something extremely valuable in the process. What we might lose falls under the biblical reason that I strongly push for church membership.

When the apostle Paul addresses church membership, his ongoing analogy is to speak of the church as a “body.” Indeed, one meaning of the English term “member” is “body part.” Most of us have lost this association in our language, except for the term “dismember,” which we still use to speak of losing a body part. Likewise, the term “remember” carries the connotation of being re-attached to something that is part of us. In Paul’s language – which I believe we should strive hard to recover – “membership” is an organic term, not an organizational one.

My favorite illustration of what membership means is a story I once read about Ben Franklin. He was writing a letter to a friend and asked the friend to excuse his handwriting, because the gout in his large right toe was being particularly bothersome. The very idea that swelling in the large right toe could make writing with his left hand shaky is a perfect example of what it means when Paul speaks of being “members one of another.” We weep because another is hurting; we rejoice because another is dancing; we tremble because another has gout. Becoming a member is not simply a matter of joining an organization until it no longer suits us. Members take the risk of being vulnerable to each others’ joys and concerns.

This organic use of the word “member” is richer and more authentic than our typical, organizational approach to the term – whether we consider ourselves for or against it. While I do not want to discard the word “member” because it seems to be overly institutional, I am not suggesting that we simply chug along, using “membership” a metric for measuring success. What a wonderful moment it could be if we lean into our aversion to “membership,” explore what it is that we find untenable about it, and express a vision of what an authentic church would look like if we were organically “members” of one another.

Throughout this month we will reflect on membership, with many of the challenges and promises that come with it. Stay tuned.

This fall, in addition to sharing reflections on “what is saving your ministry right now?”, we are also bringing back some of our most popular posts over the last couple of years. We hope these “greatest hits” will allow you new insight in this busy time of year. We invite you to join the conversation here, on Facebook, or Twitter!

This post on the challenges of membership is one of our most popular posts on the NEXT Church blog. We’ve updated it slightly below in hopes it becomes a fresh resource for you. 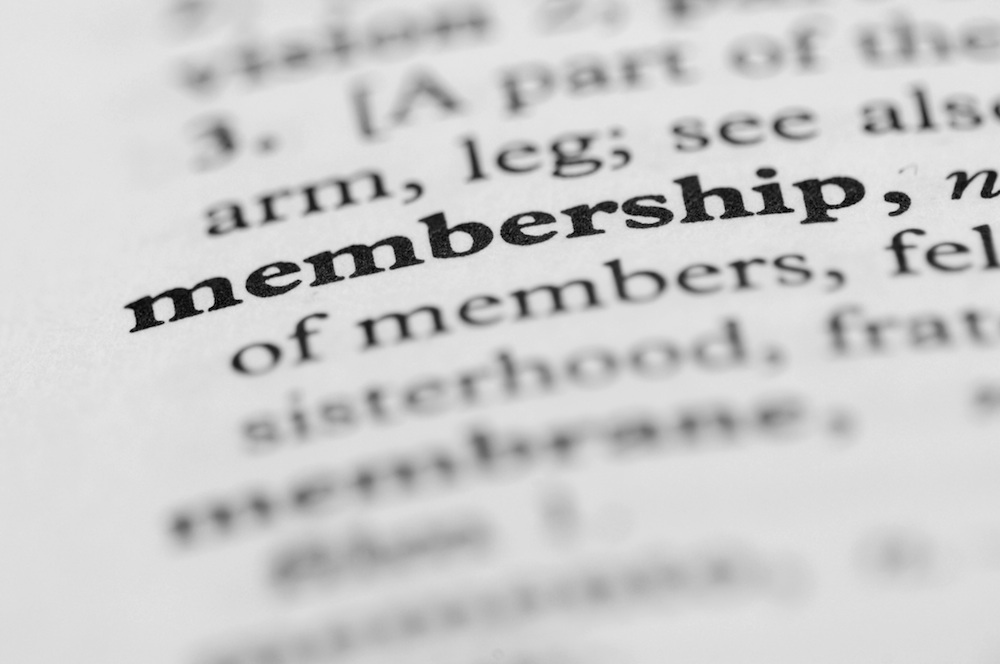 After enjoying discussion in August’s Church Leaders Roundtable (2013) regarding church growth, I was asked to expand on experience I had implementing a response to the challenges of membership within a particular Presbyterian church. The particular challenge that we faced was a stagnant demographic (little to no growth), a declining membership base and a desire to grow. The first two realities seemed to make the third impossible.

It was 1994 and the congregation had called me right out of seminary to partner with them in this adaptive challenge. The most pressing concern among the congregation was membership. And as the congregation and I got to know one another, it became apparent and when we imagined membership, we were primarily understanding it as a way to “keep the doors open.” In other words, Christian membership, which may be best understood as the organic and emergent response to Christ, was imagined to be something that elders, deacons, clergy and the existing congregation could orchestrate or “control” in order to get a solvent budget and a full sanctuary. Of course, this best guess sounds obviously faulty to the reader of this blog. But perhaps, our best guess in early 1994 is not too far from underlying assumptions of many congregational redevelopment and new church development models.

Without fully understanding why, I remember feeling a need to be freed from our desperate desire for new members. Our desperation was keeping us anxious. Our desperation was keeping our esteem sub par among our Presbyterian peers and colleagues – not to mention other churches in town. In order to calm our system, I experimented with a new response to the congregation’s lament. When, in the Sunday morning receiving line they would declare,  “We wish more people were here on Sunday mornings,” I would respond by saying, “The crowd that gathers is the perfect crowd, I want no more.” This took us back at first. I was not even sure I believed it. But the phrase was the beginning of our healing. Though the congregation was surprised by the phrase it began to allow freedom from desperation and anxiety. It provided care to our esteem which allowed us the energy to gently build an imperfect but genuine program. (We learned that many church seekers were not looking for perfection, as much as they were looking for a genuine faith community.) Perhaps, most importantly, the phrase helped me, as pastor, to get off the dime and begin the dance of ministry with those gathered. I did not wait for a better circumstance in which to invest my skills and talents.

In the wake of our new response, we enjoyed a surge in energy. The session was a pulse point within that energy surge.  They were in sync with their congregation. In the midst of the energy surge, the session made two important decisions.

They first decided to invest their mission money in their stagnant community. We were not the only ones struggling. We met with our presbytery and asked for the blessing to keep our mission money local to our community. These were hard conversations for us to have with the presbytery, but important. In the end, we decided that we could best serve our presbytery and national church by serving those in our community. If our community did not know the Presbyterian Church (USA) as a reliable and invested group, it seemed unlikely that we would be practicing faithfulness to the itinerant Christ.

Secondly, the session decided to stop examinations for membership. It was an ironic decision since we weren’t hosting more than one a year anyway. This decision was a break with the Book of Order. The break with the Book of Order kept us from pretending that the problem was that “people just didn’t want to come to church.” We began to live the question “Who is it that want to come to this church and what can they teach us?” This allowed a break from the pressure of pretending to know more about the church than our visitors. We participated in the energy of the gospel which remembers people reaching toward and claiming a faith in Christ of their own initiative. We stopped asking people to prove themselves up front. We put our efforts into educating and nurturing them in the Presbyterian way AFTER they joined. The session effectively said to one another “let’s see who claims us,” then we will love and educate those people. We did not publicly display them and demand questions of them in a worship service because it seemed “showy” to them and to us.

The results were mixed. Some became people who could talk the Presbyterian talk and others were more connected with the local congregation than the denomination. (Though these results seem to be prominent in every church, even those with rigorous membership requirements.)

Over the years, worship attendance expanded from 30 or so worshippers to as many as 120 on an average Sunday. In all that time, we completed our year-end statistical reports. And every year, we wondered if we had been faithful in our understanding of membership and the adjustments we had made in order to be a congregation who might expand. Years later, I would read the book The Unfinished Church by Bernard Prusak. The book provided me a comfort that I have received no place else but the gospel regarding an expanding community. In it, Prusak notes,

The emerging Church did not stress unchangeability or a fixity of structures . . . To the contrary, it was still open-ended, and had to be.  Jesus had chosen the Twelve and had left an emphasis on service or “pro-existence” but did not otherwise predetermine the development of his community.  (56)

After serving in her first call at First Presbyterian Church of Osawatomie, Kansas, Leslie King is currently pastor of First Presbyterian of Waco Texas.  She is happily a wife and mother. Leslie is on the NEXT Church Advisory Team.

Looking for more? Check out these resources on church growth and new members:

One of the exciting Ignite presentations at the 2014 National Gathering was Landon Whitsitt’s presentation on Theocademy, short video resources to help Presbyterians form their faith anytime, anywhere. There are two sets of lessons right now–one for new members and one for ruling elders and deacons.

It’s a great resource. Check it out! Here’s the first video in the New Members’ series.