Each month, we post a series of blogs around a common topic. This month, Sarang Kang and Lynn Turnage are curating a blog series on faith formation. We’ll hear from various people who are involved in faith formation personally, professionally, and perseveringly. How has your faith been formed? How has your faith formed you? We invite you to join the conversation on Facebook and Twitter!

Last year on the holiday the United States commemorates the signing of the Declaration of Independence, Christian rapper Lecrae posted the following tweet:

My family on July 4th 1776. pic.twitter.com/R9DzWkqDWc

The response was swift: “Done supporting you bro. You make everything a race issues lately instead of a gospel issue.” “this is boardline unpatriotic… maybe thank a veteran rather than tear people apart.” “super disappointed with your tweet. Pics like this divide instead of brining unity.”

Lecrae, a black man, wasn’t saying anything incendiary or radical. He didn’t really say much of anything. All he did was force people to remember a part of our country’s history many Americans routinely forget.

The Church at its heart is a people who live to remember. Like siblings joyfully flipping through an old family photo album, we go through Scripture and recall God working through the lives of Moses, David, Ruth, David, Paul, Lydia, and, of course, Jesus. The Sacrament of Communion is literally a ritual of remembrance, given to us by the one who died for all.

At our worst, the Church becomes a museum, desperately trying to save relics for people to fondly gaze at – but not participate in. At our best, however, the Church is a living time machine, bringing lessons from the past and hope from the future and molding it into the present.

We live in a time and a place where remembrance is glossed over in favor of the ever-changing “now.” The United States has always prized itself as a nation on the frontier, rejecting the kings, wisdom, and ways of the moldy past in favor of America’s imperial-ish liberty. Our streets are paved with gold (paved over the blood and land of its native people), built by Africans shipped like cattle from their home and placed in shackles like prisoners. Human beings became objectified bodies, whose family bonds, friends, and cultures – in other words, whose memories – were erased all for the utopian now of the American dream for some.

In America today, we are perpetually transformed by the re-“now”-ing of our minds. Our phones text us news alerts that drag us always to the “now” – ironically, a “now” somewhere else that prevent us from fully appreciating the “now” in front of us. Our obsession is productivity. Our coping mechanism for our society-inflicted anxiety is “mindfulness” – a useful tool that I myself use, to be sure, but it is telling that our emphasis is literally thinking about nothing else but the present.

The prophets of the Old Testament, though, never allowed Israel to forget. Remember the Israel who saved you from Egypt? And now you oppress the poor and forget the needy?

Jesus always wants us to remember. Grounding us in a specific past historical event – the birth, life, death, and resurrection of a Palestinian Jewish Messiah – is how Jesus teaches we are to live as new creation.

The Church by definition is a body whose roots extend far beyond the spirit of the present age. I pray that the NEXT Church remembers to remember, even as it adapts.

Christopher De La Cruz is the Associate Pastor of First Presbyterian Church in Jamaica. Follow him on Twitter @cdlc. 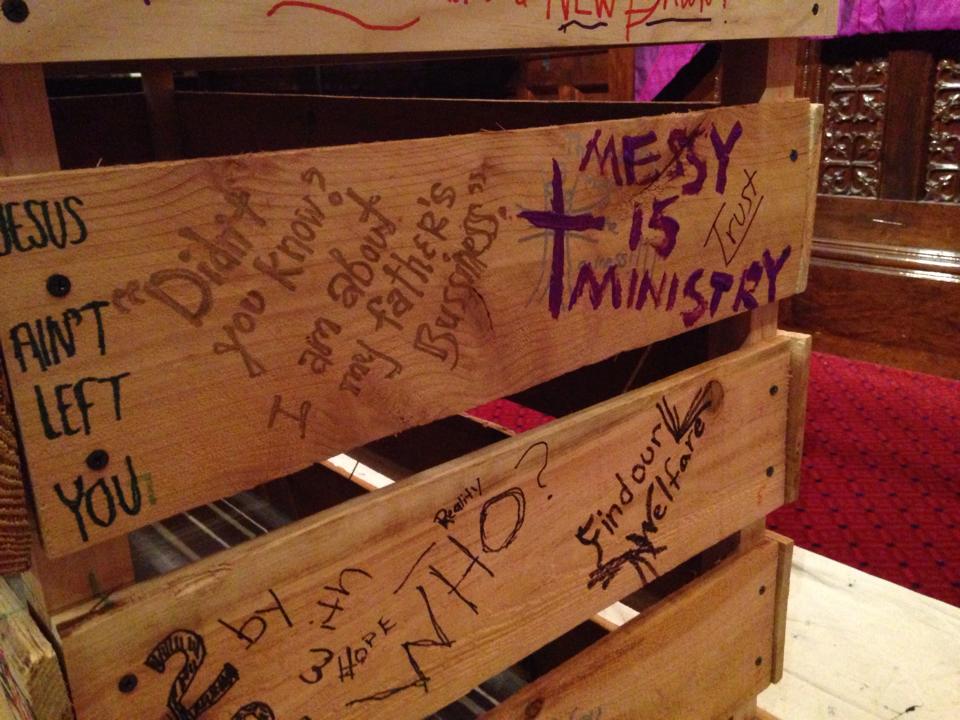 Gracious God, as we prepare to go out from this place:
Help us to remember.
That is our prayer as our attention and our calendars start to turn back toward home. Help us to remember
because in remembering, O God, we find your faithfulness to us, and so we find hope. And we are hungry for hope.

Help us, O God, to remember the stories of the church that persists not because we have all the answers,
but because you simply will not let us go.
Your steadfast love endures forever.

Help us to remember the calling you have placed upon us all: to shine light into the darkness,
to offer an anchor in the storm,
to bind up the broken and proclaim release to the captives, to seek the welfare of our cities.

Help us to remember our people, our places, where the needs are great and the ache is strong: where chemo treatments continued in our absence, where hungers persisted, where families fell apart, where guns were used, where grief was renewed. As we head home, help us enter into those places but God almighty, you come, too,
for surely they need you more than they need us. Help us all to remember that.