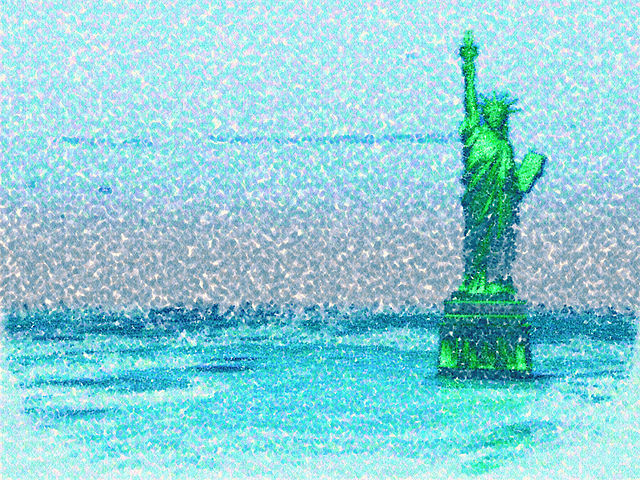 In almost every worship service we hear words of assurance: by God’s grace in Jesus Christ, we are freed from sin.

We also hear the theme that harkens back to John Calvin–that freedom in Christ means that we are free from sin and free for new life. Freedom from sin isn’t the end of itself; new life in Christ is the end. Life in Christ has a particular content and pattern: it seeks to love God and love neighbor in all things.

For many in the United States, summer is a time when freedom is cherished. Not only are children “free” from school, the summer is bracketed by Memorial Day and Labor Day and punctuated with the celebration of our nation’s freedom on the Fourth of July. Last week, our nation’s Supreme Court described the expanses and limits of our freedom. Later this week we will cheer, sing, salute, and wipe at our moist eyes as the last bars of the national anthem.

It is not only an idyllic portrait of freedom, however. There are cries of activist judges and government spying. Alarms of gerrymandering and legislative overreach. Political pundits on either extreme yell loudly and generally behave badly. And the endless, endless fundraising.

Community organizer and writer Michael Gecan pulls on ideas from the late philosopher Isaiah Berlin, and suggested in a recent essay that the major divide in our country is not around “hot button” issues like immigration or healthcare, but about our basic understanding of freedom.

Gecan argues that freedom from is in our national DNA, dating back to our emergence as a nation state. Freedom for is a more recent trend that requires an increase in governmental power to achieve more limited ends. (For example, when Lincoln made the case for using government’s power to end slavery.) Fault lines are created in our culture at the places where freedom from and freedom for scrape up against one another (Gecan, p. 21).

Perhaps the way we can all honor freedom (spiritual and political) this summer, is to spend some time talking with someone who is different from us. Learn from them how they came to believe what they do about politics. Learn from them what their deepest hopes are for themselves and their families. Learn from them where their greatest fears lie. Learn, I pray, that in Christ there is no longer slave nor free, male nor female, Democrat nor Republican, but all are one.

This article was deeply informed by Michael Gecan’s essay, “Freedom From and Freedom For,” published by ACTA in 2011.

Jessica Tate is the Director of NEXT Church.