During January, six servant leaders gathered in Sarasota, Florida, to begin to write a statement of faith. Katie Baker, Chris Currie, Brandon Frick, Bertram Johnson, Cindy Rigby, and Layton Williams came together to explore and proclaim what our Christian faith demands to in this moment of national difficult and discord. Jessica Tate, Robert Hay, and I hosted the gathering.

Did we all know one another? No.

Were we similar theologically, politically, personally? No.

Was travel easy? No.

Was the goal a bit daunting? Yes. 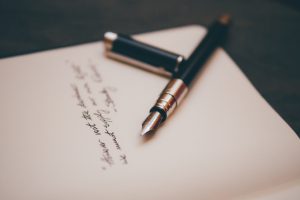 The process was filled with the yin and yang of dynamic discussion, replete with push and tug. There was a moment or two when some of us suspected we may not be able to finish. But it turned out to be a joyful, transformative experience of God-given connection with one another.

We have become convinced that stating our faith is NOT a task only for carefully-selected groups, empowered by a General Assembly. We believe that Presbyterians and Christians both within and across congregations are called to gather to discern and state God’s call for us.

We must proclaim our faith, not only in the familiar words we have received, but in our word  for our time.

There is something special about the Sarasota Statement – and also nothing special about it at all. It represents the heartfelt poetry and prose of six faithful servants, determined to answer God’s call. But most importantly perhaps, it points beyond itself, inviting and challenging all of us to do the same, in our place, in our time, right here and now.

Will we accept the invitation? A gathering of youth or adults in a congregation might study the Presbyterian confessions and then craft their own statement of faith. Three neighboring congregations could come together one evening to name and confess the most pertinent parts of our Christian tradition.

May God give us the strength and determination to reflect on our faith and to name and claim it anew!