This was a sermon I tried not to write or preach. Why? One reason is because I do grow tired of being told I am either too political in the pulpit or not political enough. I have received that kind of feedback ten times more in the last three years of my ministry than I ever did in the first 16 years of ministry. Another reason is because I do not want every sermon I preach to feel like it is a “response tweet” to the latest news cycle, which also usually changes between Friday and Sunday. 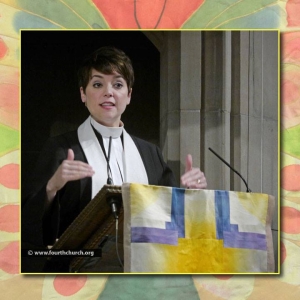 But the more fundamental reason I did not want to write or preach this sermon is because I felt too close to it. My father survived sexual assault as a child and he did not remember it until he was in his 50s. Other very close loved ones have experienced similar violence to their bodies and their spirits. The whole Supreme Court nomination process exhausted me and I knew how much pain was resurfacing for so many people I love. So I tried to avoid it. But then the time came, as it does, when I knew that if I did not preach about what was going on in our larger culture, then I would be doing a disservice to the Gospel.

But you should know that my father (retired PCUSA pastor) was the one who finally lovingly pushed me forward. He wrote down a couple of paragraphs and advised me that a pastoral approach might be what was called for at that moment and from this pulpit. It was his wisdom that led me to wonder how many other 70 and 80 year olds might be sitting in the pews with their own secrets or memories. I realized again it was a privilege for me to get to remain silent when so many could not. Their souls were screaming out. I had to say something that I hoped was faithful and true.

As I mention in the beginning, this is not a very well-honed sermon. Many of you could craft one that sounds far more elegant and nuanced. I did not do much revision to it, so it is a bit more “stream of consciousness” than my normal preaching voice. But it was what came on a long Saturday afternoon with Sunday looming. Thus, it is simply an offering from me to God, in the hopes that it might be of use for those who need to remember they are loved, and for those who need to be reminded that hurting them has never been okay with God. The church had to say that out loud.

Shannon Johnson Kershner is the senior pastor of Fourth Presbyterian Church (P.C.U.S.A.). She grew up in Waco, Texas as the daughter of a Presbyterian minister and an elementary school teacher. Shannon stayed in Texas for college and graduated in 1994 from Trinity University in San Antonio. In 1996, she began her theological training at Columbia Theological Seminary and received her Masters of Divinity degree in 1999. Her sermons and articles have been published in a number of journals, including The Journal for Preachers and Lectionary Homiletics. She is involved in leadership for NEXT Church and serving on its strategy team. Shannon is married to Greg, whom she met in high school at a Presbyterian summer conference at Mo-Ranch. They have been married for 21 years and are the parents of 15-year-old Hannah and 12-year-old Ryan.

Anger That Saved Me
Scroll to top