Each month, we post a series of blogs around a common topic. During April, as we continue to process the 2015 National Gathering, Joe Clifford is curating a month of blog posts exploring multiculturalism in the NEXT Church. Join the conversation here, on Facebook, or Twitter!

As we enter the season of Eastertide and consider the ways the risen Christ is working among the church, I am reminded of Luke’s story about the road to Emmaus.  You’ll remember that Cleopas and his companion are making their way home from Jerusalem following the crucifixion when they are met by a stranger on the road who asks them what they’re talking about. “Don’t you know what’s happened?” they respond.  And they proceed to tell the stranger about the crucifixion and the death of their hopes and dreams.  They mention rumors of resurrection, but they’re not buying it.

Like Cleopas and his companion, we talk a lot about the bad news these days, about the death of the church and the decline of Mainline Protestantism.  We know the statistics.  Mark Chaves of Duke Divinity School points out that no indicator of traditional belief and practice is on the rise.   Only 25% of Americans regularly attend worship services, and regularly now means once or twice a month.  In the past 20 years, the number of people saying they adhere to no religion at all– the “nones”–increased from 2 or 3 percent in 1990 to close to 17 percent in 2010, with the number of “nones” increasing most dramatically among young adults, with over 25% of Millennials reporting no church affiliation.  Only 15% of Millennials say that living a “very religious” life is important to them.  Institutional religion as we have known it is dying.  We would likely say to the stranger, “Are you the only person who doesn’t know what’s happening in the Jerusalem that is the institutional church?”

The stranger does not respond with much compassion.  In fact, he calls them “fools.” He proceeds to open the scriptures to them, to show that you can’t have resurrection without death.  In the midst of the decline of the white mainline Protestant church, another part of the body of Christ is rising in powerful ways.  According to an article published back in May 2014 on the Daily Digest of the PCUSA website   “American Christianity still has plenty of Millennials — they’re just not necessarily in white churches.”  Rev. Derwin Gray, pastor of Transformation Church, a multiethnic congregation in South Carolina reports,  “What I see among Millennials are African Americans and Asian Americans and Latinos who are vibrantly growing in faith and leading the future of what the church will become.”  According to data from the Public Religion Research Institute he’s absolutely right.  The majority of younger Christians in this country are people of color.  White Christians only make up 26% of Americans age 18-29.  Only 12% are white mainline Protestants.  On the other hand 28% of that age group are Christians who are people of color.   This is part of a huge shift underway in American Christianity. For Americans over 65 years old, about 70% of their generation are white Christians.  For my generation, it’s 54%.  For my children’s generation, it’s less than 25%. 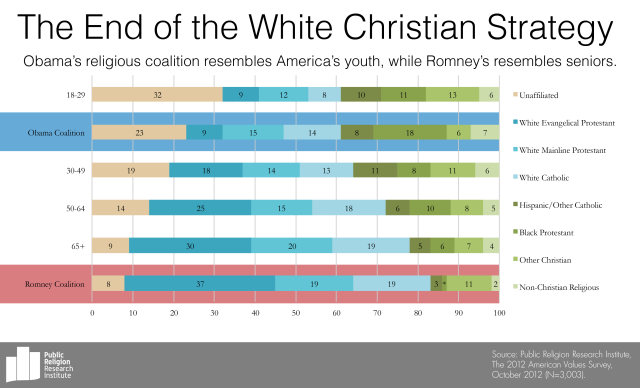 Rev. Gray believes the future will belong to churches that are multicultural, not because it is politically correct, but “because that’s what God wants.” He cites Revelation 7:9 “After this I looked and there before me was a great multitude that no one could count, from every nation, tribe, people and language, standing before the throne and before the Lamb.”  He concludes, “The reason that we should have multiethnic churches is not that the demographics of America [are] changing — but because it is at the heart of the gospel.”

The rise of multicultural Christianity is connected to the expansion of Pentecostal churches.  The Pentecostal movement is often traced to the Azusa Street Revival in 1906 in Los Angeles.  Today it is estimated that by 2025, over 40% of the global Christian community will be Pentecostal.  That’s a shift the likes of the Protestant reformation.

Back on the road to Emmaus, Cleopas and his companion invite the stranger into their home.  There the guest becomes the host, taking the bread, blessing it and breaking it, and their eyes are opened to see the risen Christ. This month we invite into the NEXT Blog, Joel and Rachel Triska from Life in Deep Ellum.  They are ordained ministers in the Assembly of God Church running a fascinating ministry in urban Dallas. We also hear from Rev. Shane Webb and Pastor Antonio Pichardo who are partnering in rural Texas on new worshipping communities.

Reflections on the 2015 National Gathering

The Multicultural NEXT Church
Scroll to top