I have a quandary. My quandary involves the cross — the central symbol of the Christian faith. We profess the centrality of the cross, but a critical dimension of it has virtually disappeared from ecclesial faith and practice: the cross as a public or political symbol that exposes not just the brokenness in our individual lives, but also the corresponding social and political brokenness in our world, for the two are intimately connected. This public dimension of the cross is, in my view, essential to the life of the church, but it is absent from too much of our life and faith.

To remedy this absence, for the last ten years or so I have been teaching, preaching and practicing a public theology of the cross, but it has not been easy! Thus, my quandary. I often find myself floundering as I’ve struggled to help folk understand it. However, my NEXT Church coaching cohort group is helping me to gain perspective on these struggles, perceived or real. To paraphrase Marcus Borg, I am seeing the cross again and again for the first time. Let me explain. 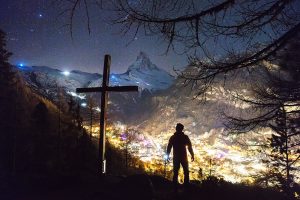 In the scholarly world, the theology of the cross has undergone significant change over the past 50 years, resulting in a recovery of more biblical understandings of the cross — for the New Testament presents a broader and richer range of perspectives on the cross than traditionally acknowledged, including what I am calling a public or political theology of the cross. From this perspective, the cross of Jesus represents the humiliating, dehumanizing abuse of power anywhere and everywhere it is exercised — on however large or small a scale. The cross is a place where all such abuse is exposed as not the way of God in the world, and also as a place where God seeks to bring life, healing, and justice in the midst of brokenness.

A public (or political) theology of the cross is grounded in our earliest biblical witnesses. The apostle Paul berated the Galatians with these words: “You foolish Galatians! Who has bewitched you? It was before your eyes that Jesus Christ was publicly exhibited as crucified!” (Gal 3:1). As Pauline scholar Davina Lopez astutely observes, “Paul’s Galatians . . . did not see Jesus’ crucifixion, but they did not have to. There were plenty of examples before everyone’s eyes (in real life, in stone, on coins) of capture, torture, bondage, and execution of the others in the name of affirming Rome’s universal sovereignty through domination.”1 This quote represents a quintessential expression of public or political theology that sees the cross of Jesus as exposing other crosses, large and small all around us.

Theologian Ted Jennings puts it succinctly when he says that the cross represents a collision between the way of Jesus and the politics of domination.2 Kelly Brown Douglas is even more concrete and contemporary when she speaks about the crucified Jesus’ complete identification with the Trayvon Martins of our world. Moreover, she insists that this identification “with the lynched/ crucified class is not accidental. It is intentional. It did not begin with his death on the cross. In fact, that Jesus was crucified signals his prior bond with the ‘crucified class’ of his day.”3

A public or political theology of the cross has profound implications for every aspect of ministry — whether discernment about pastoral care, children’s ministry, budget allocations, staffing, committee configurations, and membership, to social witness and action — for our own wounds (marks of the cross) are deeply connected to the wounds of others in our community and world. Recognizing these interconnections can profoundly affect the way we do ministry.

My intentional focus on a public theology of the cross for the ministry of The New York Avenue Presbyterian Church has included invitations to the session and other groups within the church to engage readings on the subject. I have also preached on the cross ad nauseum! I am even considered inviting the session to rewrite our twenty-year-old mission statement based on a discernment process that engages the spirituality of the cross. But the work has not been easy; indeed, at times I pondered giving it up! Yet the question my NEXT Church cohort group posed to me helped put all of this in perspective. Their question was this: “How would you know if this understanding of the cross was reflected in your ministry?” How would I know?

Buddhism teaches that every symbol is a finger pointing to the moon. In other words, a symbol points to a reality not completely captured in the symbol. So a symbol like the cross needs to be “light on its toes” — it can be reflected in varied and expansive ways. Compassion, for example, is a sign of the cross when it moves beyond patronization into real interrelation with others who are suffering. When Paul says, “I have been crucified with Christ” (Gal. 2:19), he is intensely identifying with the crucified of the earth. It seems to me that Paul’s theology of the cross resonates with statements by the Buddhist Thich Nhat Hanh — “killing someone is killing yourself”4 — and James Cone — “When whites lynched blacks, they were literally lynching themselves – their sons, daughters, cousins.”5

So how would I know if a political understanding of the cross was reflected in my ministry? I suppose the truth is that I will never completely know, because the cross is a finger pointing to the moon. But there are intimations of it in every act of compassion — even an act that begins in patronization can, by the power of the Spirit, open us to the possibility of identification with the crucified, of seeing our wounds in the wounds of others. By the power of the Spirit, there are also intimations of the cross every time someone rails against an abuse, because harm of any one person harms all of us — as Martin Luther King said, “Injustice anywhere is a threat to justice everywhere.”6 Indeed, I’ve come to realize that intimations of the cross are present everywhere in the ministry of the church because the Spirit of the crucified and risen Christ is present there too. It’s like learning to see the cross again and again for the first time.

Roger Gench is pastor of the New York Avenue Presbyterian Church in Washington, DC and author of the book Theology from the Trenches: Reflections on Urban Ministry.

The Changing Landscape of Youth Ministry

Love and Truth-Telling
Scroll to top