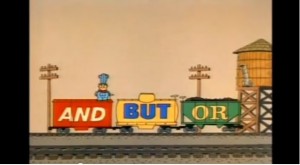 I’ve said it thousands of times: The church’s favorite word is “But.” (Yes, with a capital “B.”) “But we don’t have the money.” “But it’s risky.” “But I’m not sure that’s really related to our mission.” “But we don’t have enough volunteers.” Or, my personal favorite: “But we’ve never done it that way before.” It seems there’s always a gigantic but in every conversation.

Yet, until recently, I didn’t know that my favorite word is also But. I would’ve sworn it was something much more positive and affirming, much more forward thinking. And I would’ve happily continued in my ignorance had it not been for a gifted outside-the-box thinker, an unapologetic “none.” He gives me  wonderful ideas about the church, and all I can do is stammer that word. “But, polity says I can’t do that.” “But the session won’t approve it.” “But that’s not my job as pastor.” “But I’ll make people mad.”

How is it that three letters have become so powerful in not only the life of the church, but also in the life of one who longs for and believes in what’s NEXT? But is, at best, a word with its feet in the past. But does not know how to dream of a future or imagine possibilities. All “But” knows is limitation.

A few weeks ago, the lectionary stepped on my toes. Peter was all “Nuhuh, not me, Lord. I’d never touch anything that was unclean.” And the Lord easily countered that Peter didn’t get the deciding vote on what was clean and unclean. I’d never heard the story this way before, but suddenly I realized that maybe the church still shouts “unclean” not just at people, but at ideas. We decide that something is “unclean” if we don’t have all the answers or if it requires too much stepping out in faith. It’s unclean if its a little bit radical or if it necessitates the use of scarce and precious resources. The thing that really grabbed ahold of me in that passage was Peter’s rhetorical question as he’s trying to defend himself: “Who am I to hinder the Lord?”

I want new letters too. If I want them, though, I recognize I’m going to have to give up my old ones. Whether the church always knows it or not, it too is longing to embrace something other than “But.” The church yearns for new language that gives it promises to cling to. The church is praying for the courage to be able to say yes and needs leaders who will help them try out the word.

If I’m going to be that leader, then I’m going to have to go on a “But” diet. (Which might just be harder that the butt diet I’ve been on the last few months.) I will no longer start sentences with “But.” I will not let “But” be a defining part of who I am or what I’m doing as a pastor. I will lovingly challenge my congregation to fast their “Buts” off too.

Maybe that’s at the heart of NEXT: a community of people who face boldly into an uncertain future, not because we are any braver than the rest, but because we have embraced a different word. Our word also only has three letters, and they seem to be even more powerful than snarly and limited “But.” Our word is yes. Conveniently enough, the God who calls us to be reformed according to the Word specializes in transforming “But” into YES!

Kim Justice is the pastor at the First Presbyterian Church of Franklin, NC, where she’s been since last September.  She’s a graduate of Columbia Seminary and of the University of Tennessee at Knoxville.  When she’s not wearing her pastor hat, she writes and take pictures and knits and quilts and tries to pretend she enjoys time at the gym.  She’s a mom to four furry children: 2 dogs and 2 cats. She blogs at thepudgyparson.blogspot.com and at stillgoingtograceland.blogspot.com

A Sermon on NEXT Church