We are in an evangelism crisis. 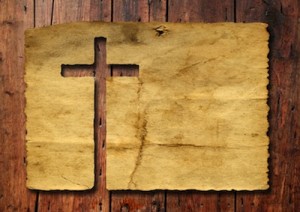 You know the statistics. The PCUSA 2012 statistical report came out last month. The news isn’t surprising or good. The decline marches on.

Last Fall a Pew Forum study documented the continued decline in religious affiliation in the United States. “Nones” are now 1/5 of the US population and a full 1/3 of adults under 30 years old. For the first time, Protestants are less than 50% of the population.

According to Pew’s findings, we can’t blame liberal arts colleges and universities for undermining Truth or being hostile to faith, because religious affiliation declines among non-college educated people in the same rates as college educated people. Furthermore, it’s not true that if a church simply offered/hired/advertised [insert your community’s silver-bullet-idea here] the church would be overrun. 88% of “unaffiliateds” aren’t looking for a spiritual home.

Over dinner recently, a friend of mine asked me why I go to church. It was a serious question. He’s wrestling with who God is and what the church is good for.

My first instinct was to say that I’m Presbyterian; we don’t talk about those things. That would be evangelism.

But the truth is, I did have an answer. I had been wrestling with the question as I find myself more and more often in places where church attendance isn’t the norm, where belief in God is intriguing at best. Or I find myself in conversations with people who are so accustomed to the trappings of church that we can’t articulate the “whys” of church.

I answered my friend saying that I believe the central story of our faith is the movement from fear and death to hope and new life. I see that most clearly in the cross and resurrection and believe that movement is what God is about. In a world that feels like it is always tipping between fear and hope, I trust in God’s movement and I need to regularly gather with other people who are trying to embody that trust and movement in their lives.

Regardless of what you think of my answer, this is when the conversation got interesting. My friend said he’s been asked a dozen or so friends and colleagues why they go to church. I was the first person to answer the question theologically. Mostly he’d heard from our Christian brothers and sisters two answers:

Those are fine answers. But I’m not convinced Christian community is superior to other authentic communities. Likewise, churches do great service projects, but there are a zillion organizations doing good work (arguably in ways that are much more effective than the ways of the church.)

My point is this: we need to articulate the faith we trust. And it can’t just be the pastors doing the articulation, but all of us.

My challenge to you, gentle readers: What are your seven words?

Articulating our faith isn’t going to be enough to end the march of numerical decline in our churches, but it will remind us of the Good News that has saved our lives. And that is a crucial first step.

Jessica Tate is the director of NEXT Church.

From Thanksgiving to What's Next
15 replies