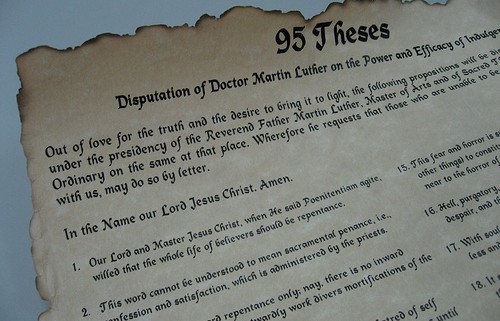 Some reflections on Reformation Sunday by Stephen Smith-Cobbs

“And the one who was seated on the throne said,
‘Behold, I am making all things new.’” – Revelation 21:5 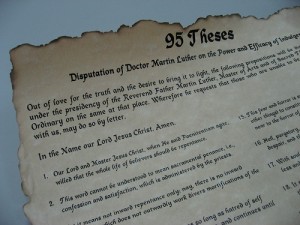 We are approaching the 500-year anniversary to the Reformation. Then too, the church faced unstoppable pressure to reform and to be transformed by the work of the Spirit. Many methods and practices of the church had lost their luster. A growing storm of discontent changed the Christian church, as it was then known. And it appears we are witnessing the start of another such upheaval.

Mainline historians such as Phyllis Tickle and Diana Butler Bass to evangelical historians like Donald Dayton and Scott Thuma, agree we are in the midst of a reformation that is happening all around us. In some ways we can’t see it very well, not unlike the way it can be possible that someone deep in the middle of a forest simply can’t see the forest for all the trees. It can also be difficult for those of us who are in the church to be aware of it because it is happening both quickly (think of the downturn in weekly church attendance numbers in the U.S. across the theological spectrum since the brief uptick after 9/11) and slowly, over a lot of time, (the changing multicultural face of the American Christian church even as what were once mission fields in South America, Africa, and Asia are now the largest Christian churches who are now sending missionaries to America).

These are a few of the places in the church today where reformation is already happening. One of the reasons I am part of the NEXT Church renewal movement in the Presbyterian Church (USA) is because I want to be intentional about participating in the reformation that the Spirit of God is already accomplishing in our midst I am eager to see what God is going to do – in the congregation I serve, in the Presbyterian Church (USA), and in the Christian church around the world. 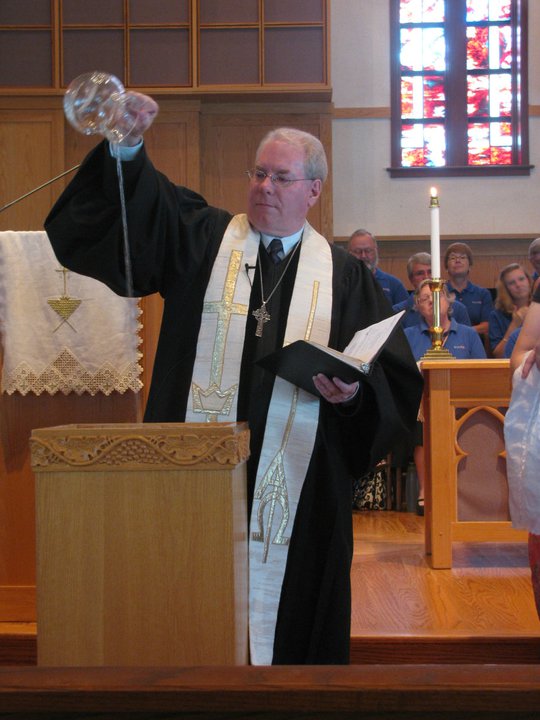 Stephen Smith-Cobbs is the pastor of Trinity Presbyterian Church in Herndon, VA and a member of the NEXT Church Strategy Team.

Ten Gray Hairs and a Lot to Learn