How do you know things? I don’t have an answer for that, but I’ve always known that my call was to serve churches in the middle. Not in the middle of all of the action, but in the theological and political middle. Churches with members both liberal and conservative, progressive and traditional.

My first two calls fit this description. In those first ten years of ministry, I made lots of mistakes, but I also began developing patterns and practices for navigating and closing those gaps between people. It sounds incredibly obvious, but the Bible had to be at the center. In preaching and in teaching I stayed as faithful as I could to those texts and waited until the text called me to speak a word that might be considered divisive, and if people were upset we could talk about the text. 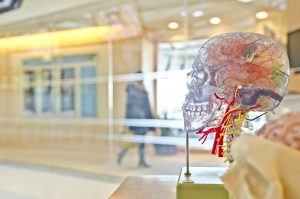 It didn’t always work. I was inexperienced. I had lessons to learn that could only be learned over time. I took way too much way too personally. Sometimes, people who were upset would leave. I tried my best to give them permission and a blessing to do what they felt called to do. But… there were also many who stayed, and many who arrived. They were important partners in the ongoing discernment of God’s will for our theologies, prayers, and actions.

I never preached something I didn’t need to hear and I loved the people the best way I knew how.

Then, after spending the last 10 years in a more progressive congregation, I knew it was time for me to return to the middle, to a diverse church. Called to a solo pastorate in West Virginia, I moved. Two months before the 2016 election.

Be careful what you ask for.

It’s different, now. The landscape has changed. The politics are different. The lines are sharper. I see it in my own family — we’ve always been different, but we used to be able to talk about it. Now, those conversations are fewer and, in some relationships, non-existent. Some of it is me. I am dug in. Lives are on the line. Love is on the line. The “middle” seems to have evaporated. And, the old ways of crossing the divide in a middle congregation aren’t working anymore. The patterns and practices that used to bring about engagement and depth have evaporated. Dissipated. Disappeared.

Some of this is because I’m still new in this congregation. I don’t have the trust that will come across the years. They don’t know my heart, yet — how diligently I pray for Jesus to take my agenda and replace it with his own.

I don’t know their hearts yet either. You can’t replace the time it takes to get to know a people’s stories. And this is West Virginia — a region with its own, very particular ethos (if you like Hilbilly Elegy it’s a good sign that you aren’t from here).

Neuroplasticity is what I am clinging to. Like the brain creating new pathways after a stroke to do what needs to be done. Surely the church can be neuroplastic, too. Surely Jesus can help us to find new ways to enter into the conversations we need to be having, the actions we need to be taking.

Some of this work isn’t radical. I resist talking about politicians – those I like and those I don’t. I splurge on talking about issues. Health care. Strangers. Sharing. Caring.

I’m bolder in preaching. There is less tolerance than ever before for sermons that don’t connect. People are feeling the urgency of these days, so simplistic truisms aren’t going to cut it. (Maybe they never did?) These bold strokes are messier and the aim is not nearly as precise, so I depend on grace more than ever before.

I won’t deny being discouraged. It feels like our congregations have been kicked back to the beginning of the chutes and ladders board. But when I’m at my lowest I see members of the church teach me as they care for one another. The “blue” member delivering cookies to the “red” member.  The “red” member reaching out her hand to the “blue” member grieving a recent loss. Not because they are indifferent or ignorant of their differences, but because they are leaning on the bonds of baptism. And they keep showing up. Relentlessly. Hopefully. They need this place of faith. And that means finding a way forward, a way that is, for me, right now, more obscured than a valley holding the dense fog of the morning.

These people have welcomed me — someone who has “come from away” to a place where almost nothing is as important AS place. They’ve welcomed me with love and care, hope and faith. And I’m loving them as best I know how.  Will it be enough? I don’t know. I’m praying harder than ever for the Holy Spirit to prop me up in all of my leaning places.

Anna Pinckney Straight is pastor of Old Stone Presbyterian Church in Lewisburg, WV. She also serves on the NEXT Church advisory team.

Diversity, Hospitality, and the Face of Poverty

Unity Found at the Lord’s Table
Scroll to top