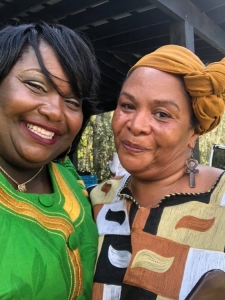 Here is what I mean:

I agree with another member of our denomination who said, “It has been my experience that resolutions occurring at the national level of the church do not trickle down and do not have tangible impact at the local level.” Being a part of the Black church of the PCUSA has peaks and valleys. My encounter with the peaks and the valleys were based on traditions and not resolutions. My challenge to any reader is to revisit the many traditions that have gone unchallenged and see if there is room for actions to actively resolve resolutions made for Black Presbyterians.

Cecelia D. Armstrong, an ordained Minister of the Word and Sacraments in the Presbyterian Church (USA), serves as Associate Pastor of St. James PCUSA, Charleston, SC.

Our Challenge is Not Decline. It’s Racism.
Scroll to top