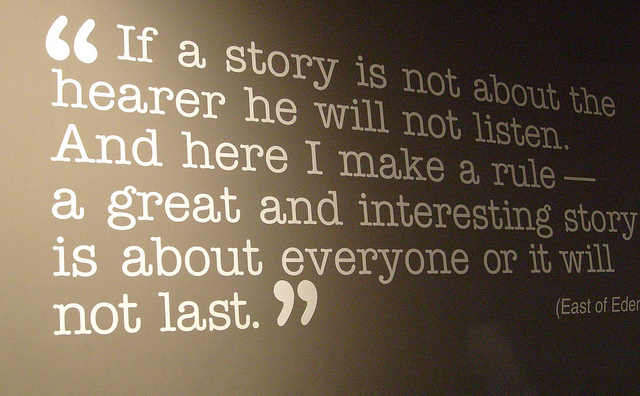 By the Rev. Dean J. Seal

Rev. Bryan McLaren was on the Krista Tippett radio show, “On Being.” He said something that jumped out at me when talking about the young spiritual seekers that he was encountering: “We don’t need to come at them with another set of rules. We need to bring them our stories.” This is a methodology that would be very hard to swallow for a faith tradition (Presbyterianism) that was founded by a lawyer. The Teaching Elders are supposed to handle narrative, and the Ruling Elders are supposed to delineate finely woven interpretations thereof. So our General Assemblies can seem to boil down to hair-splitting. Taking a stand on divestment, ordination standards, same-sex marriage, and other issues can take 20 years to resolve… or 20 years to make a new schism. And when schism breaks out, it’s as if we aren’t even inhabiting the same stories anymore.

There are ample reasons to be deliberate, especially in relation to governance. But Robert’s Rules of Order can prevent timely participation in the fast moving world; maybe reason and logic aren’t our prime considerations. Things that are not logical are not necessarily illogical; they can be transrational. Spirituality and the spiritual life transcend logic; they are about an experience of the Holy Spirit. And that is beyond human verbal constract. When speaking of spiritual issues, and the present sufferings of large bodies of human beings, it needs to be encountered directly. We have proved we can parse a course of action until we are blue in the face. What if our goal were to listen to stories instead? Not very pragmatic, but hear me out.

This is to me an essential character of theological practice, the pursuit of narrative. What is more central to our faith tradition than storytelling? Jesus was a magnificent storyteller; his 35 parables are so entrenched in our culture that  it’s part of our language when we have no experience of its provenance. How many people use the phrase “good Samaritan” without realizing that the Samaritans were considered the bad guys? The stories and parables about Jesus round out his biography, so that we can understand him as a man, as a God-intoxicated human of divine inspiration, as a Son of God (wherever you are on the continuum of Christology). It is through his stories that we learn and come to know him, and why he is central to us; the rest is commentary. Like pictures in a stained glass window, the image of the story can be told beyond the specific words. Those stories are worth telling, and worth hearing.

But God did not stop speaking at the end of the New Testament. Each of us has a story to tell, stories of sacred people, spiritual events that shook our world, miracle stories of people who have done amazing things beyond our grasp because they were spirit-filled. Narrative theology is the telling of stories that carry meaning. It can be Moses telling God he was not good enough to lead The People out of Egypt, or it can be something more current.

I produced a play (Marietta) about a woman who forgave the kidnapper of her daughter, before she knew how her daughter was. A true story. And Marietta Jaeger came to tell us about it. She explained that her first reaction was that she wanted to kill the guy, like anyone would. But it didn’t take her long to understand that first, that makes her into him; and second, it makes her into his second victim. In order to recover a life, she had to renounce vengeance, resolve to leave anger behind, and forgive this person. Forgiveness does not grant absolution; it means she has resolved not to be consumed by hate. And Marietta reminds us: “Forgiveness is not for wimps.” It is not an act of weakness; it is an act of strength. And even then an act of strength that she couldn’t manage without God’s help every hour of every day. How many times should I forgive him? Seventy times seven hundred billion.

We can learn from organizations like The Forgiveness Project in London, telling stories about forgiveness and reconciliation that are jaw-dropping. From the website:

“Bassam Aramin became involved in the Palestinian struggle as a boy growing up in the ancient city of Hebron. At 17, he was caught planning an attack on Israeli troops, and spent seven years in prison. In 2005, he co-founded Combatants for Peace, an organization of former Israeli and Palestinian combatants leading a non-violent struggle against the occupation. Since then, Bassam has not once picked up a weapon – not even when, two years later, his ten-year-old daughter Abir was gunned down and killed by an Israeli soldier.”

Who can bear to hear these stories? These miraculous, impossible  stories? Does it matter if Marietta is a Catholic and Bassam is a Muslim? No. What matters is that we hear these stories, that we give opportunities to hear these stories. There are several organizations of bereaved parents of children killed in the Occupation of Palestine. I would suggest finding a place in the next General Assembly where we either bring in speakers from both sides, or be in contact with them via video conferencing technology. We should listen to these stories with our hearts, informed by the presence of the Holy Spirit. Instead of doing all the talking, we can do a deeper, more eloquent job of listening. We can see what happens if we are moved by the Spirit to have ideas, to think and to act, not just instruct others on how they should act. We should be hearing stories, hearing congregants, listening for God’s still, quiet voice.

The telling and hearing of stories can be a healing thing, for both the speaker and the listener. It’s what Therapy is made of. And because there is Narrative Therapy in the telling of any story, we should indulge ourselves in the healing power of this practice, without a preconceived idea of decision-making. At least for a while. The committee work will always be there waiting.

Rev. Dean J. Seal (MATA, MDiv) has a Validated Ministry in Interfaith Dialogue through the performing arts. His 9-year-old non-profit, Spirit in the House, has produced over 100 plays, storytelling performances, film showings and panel discussions. It has produced a Public Television show on Marietta, and 24 YouTube Videos on Forgiveness, as part of the annual Forgiveness 360 Symposium. Seal has also served time in Show Biz, writing for and performing on A Prairie Home Companion; Comedy Central; MTV (La Bamba in Hebrew) and America’s Funniest Videos (La Bamba in Japanese). As Executive Producer of the MN Fringe Festival, he made it the largest non-juried performance festival in the US, which it still is today. His book, Church & Stage, about the use of theater in the congregation, is available on Amazon.