When coming to Morris Fork, Kentucky, a GPS will tell you to take turns that don’t exist through the Appalachian hills of eastern Kentucky through many windy roads traveling over many hills. I live on the family farm that was settled by my great-grandfather after he served in the Civil War. I returned to help my father after spending thirty years in ministry in Alaska.

I was raised on this farm deep in the hills about 100 miles from the closest city and 25 miles from the nearest town. We raised tobacco and my grandfather ran a small country general store. 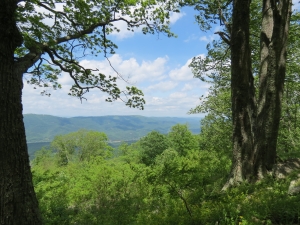 Each summer, work groups would come to the local Presbyterian church, which was a mission of the northern Presbyterian Church. I would be teased by group members for the way I talked, asked if I owned any shoes when I went barefoot, and asked if we had electricity. I didn’t realize until I was much older that they had assumed that stereotypes of Appalachian hillbillies were true. Despite all that, I wanted to travel beyond the hills to help others the way they had come to help our church.

When I sensed the call to ordained ministry, I went under care in Alaska because in 1986 my Kentucky church and presbytery would not accept me as a candidate. Regardless of what the denomination said, I was not welcomed. Following seminary, I received a call to Alaska and served several places there before returning to Kentucky in 2010 as a middle-aged woman.

The part-time ministry I have carved out since returning is providing pulpit supply to small churches without pastors and for pastors on vacation. There are still churches that won’t accept women pastors, while others have welcomed me with open arms because I was raised here and know the culture. Ministry here involves making time to learn about the culture, familial relations, and history of the area served. I see people from the outside make decisions without ever speaking directly to people. That only perpetuates the long-held belief that outsiders don’t care and think they know it all because they don’t listen.

The hardest part is watching Presbyterian churches disappear. My home church no longer exists. Some have left the denomination. The isolation is hard for ministers. One must be intentional about meeting colleagues and that can mean driving for several hours one way.

The richness I’ve received is learning long-time traditions from many folks. I’ve sat on porches and around tables talking about God. I’ve attended wakes and funerals. I’ve listened to church folks genuinely struggle with deep faith questions. I’ve worked the fields in the farm and shared our garden’s bounty with hungry folks. I’ve seen God in the eyes and hearts of strong mountain people.

All the books in the world cannot adequately describe the beauty and hardship of life in rural eastern Kentucky, nor can they tell the depth of love and pride of Appalachian people. Come visit me. I will be waiting for you.

Janice Stamper is a graduate of the Warren Wilson College and the University of Dubuque Theological Seminary. She served in ministry in Alaska for thirty years then returned to KY in 2010 to care for her father, who recently died in March.

What is West Virginia for Me?
Scroll to top