I haven’t thought of this in decades.

I was raised in a small town. Woods and fields laced with trails connected my friends and me. And I was lucky to have close relationships, always, with boys and girls. My life continued in this way. And while I often got crushes on boys as I grew up, the friendships were always more important. When I left for college, I’d never been on a date, never been kissed, never even held hands with a boy.

By the second semester of college, new friendships had formed and I had been on some dates, been kissed, held hands and speculated with girlfriends about how we could get our hands on birth control pills and then “lose” our virginity – which seemed to hang upon us like an old fashioned artifact. 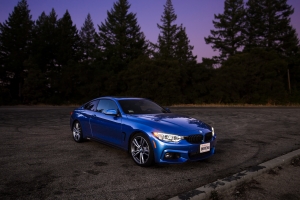 A guy who took classes and also delivered newspapers to the dorms in his little VW bug with an open rag top asked me out. We’d flirted some from my dorm room “balcony” – the fire escape. So I said yes. We went out a few times – walking to a local place for burgers and beers. Then one night he said, dress up a little – let’s really go out. He came by in a little sports car I’d never seen – wearing some better jeans and a new shirt. I had on my favorite 501 jeans that I’d embroidered with peace signs and a few favorite phrases, flowers, and designs.

But other than that, I only remember the very end of our date. We drove to a part of town I’d never seen before. He pulled the car over and turned off the engine. We started kissing. And somehow, in the confines of that tiny sports car, he made a move that stunned me. My heart stopped pounding with sexual energy and started pounding in fear. He was on the floor between my knees with his pants down – and his hand grabbed my waistband. I said nothing, staring in complete disarray. He was so strong – he ripped the fastener and broke the zipper on my jeans.

As he struggled to remove my pants, something took over in my being, something buried. I took my hands and put them around his throat, and squeezed. I pushed him away, straightening my arms. And tightened my hands more and more. I’ll never forget how red his face got and how much disbelief there was in his eyes. Even knowing he was stronger than me – I just held on – and he choked and finally stopped.

But I can tell you this happened to me too.

And I can also tell you, I’m the one cursing now as high courts and church hierarchies and all the boys clubs protect their own.

Anne Weirich is pastor at College Drive Presbyterian Church in small village of New Concord, OH on the campus of Muskingum University. Her work there is coalition forming with focuses on addiction, civil discourse and the delights and strengths of small town connections and events. Anne serves on the General Assembly Committee for Ecumenical and Interfaith Relations and the Board of Trustees for the Synod of the Covenant. She travels annually to the Holy Land, leading pilgrims and renewing her faith in the power of the Spirit.

The Sermon I Tried Not To Preach
Scroll to top