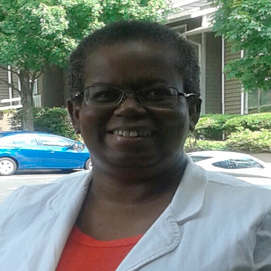 Editor’s note: This blog was first published in April 2012 on the author’s blog, Leslye Wrytes.

As a child, he was taught the history of his people and their ongoing relationship with the living God…a people created and loved by the one God…a people whose faith endured as they struggled in captivity, in exile, in slavery, in oppression; the same faith that inspired them to hope for a new day.

Living in an occupied land without privilege, he embraced his God-given dignity though never denying others theirs. In fact, he empowered others to do the same.

Yet, there he stood in his truth before this cross assembled by others—stripped of his dignity, standing in his nakedness, knowing the assault of lies, the weight of shackles, the sting of scourging, the absence of respect, the pangs of exhaustion, the judgment of unjust systems, the apathy of others, the violence of fear.

In spite of his compassionate teaching, centuries later, other peoples stood in their truth before crosses assembled and maintained by others—stripped of their dignity, standing in their nakedness as they faced the cross of racism.

For too many generations, peoples have known the assault of lies, the weight of shackles, the sting of scourging, the absence of respect, the pangs of exhaustion, the judgment of unjust systems, the apathy of others, the violence of fear—in the midst of it all, mindful of God’s love for them.

Grateful for the progress made, truth compels us to acknowledge that racism is neither a relic from history, nor a single cross. Instead, our nation’s original sin is a complex web of crosses deeply entrenched in our landscape.

Dismantling this web is an ongoing ministry dependent on moving beyond our apathy and divisions to work together in truth so that we may confront the unjust systems and fear that racism perpetuates. When we, who are people of goodwill, stand together in truth, no man or woman is stripped of dignity.

Leslye Colvin is a writer at heart and a bridge builder among peoples who respect the value of listening and engaging in dialogue. She embraces the lessons offered by diversity and views life as an ongoing invitation to compassion. Currently in the midst of a professional transition, her measure of success is to live a life of integrity. A JustFaith graduate, she also earned a Certificate in Social Justice from the University of Dayton.

Silence Before Protest
Scroll to top