When thinking about power, the first question you must ask is “what is power”? The dictionary defines power as: the ability to do something or act in a particular way, especially as a faculty or quality. Simply put; power is the ability to get things done. When viewed through that lens, power is neither positive nor negative, neither good nor evil. These values are added in the way that power is used. For example; Dr. Martin Luther King and Adolf Hitler are two of the most influential and powerful speakers of all time. They wielded their power to completely different ends. Again, power is neutral. 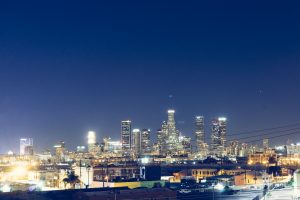 So how does power impact me? What is my theology of power? First of all, as a Christian, I believe that power, all power, comes from God. Not only is God love, God is power. I think that understanding this truth helps us understand why power can be positive or negative. Those who know that power comes from God tend to use their power in ways that they believe would be pleasing to God. Conversely, those who seek power for their own ends tend to wield their power in a negative, harmful way. Another aspect is power’s seductive nature. Since the fall of humanity we humans have been fascinated with power. Adam and Eve were forbidden from eating of the tree of the knowledge of good and evil. When the serpent tempted Eve, he said it would make them like God. I think that was a major selling point for her and has been a continued selling point throughout the history of humankind. Power is seductive because it has the ability to give us more control and (seemingly) God likeness.

The saying is that absolute power corrupts absolutely. If you remove the concept of absolute from it (like a math equation) you learn that power corrupts. From this I conclude that the more power you gain, the more corrupt you become. I have struggled with this idea for all of my adult life. I have held numerous positions of leadership and I have always worked share and limit that power for fear of corruption. Power’s seductive nature makes it easy to forget where power comes from and that leads to all manners of abuse. This fear of the corrupting nature of power is also due to my interactions with it. Many times in my life I have had to deal with people with power who have wielded it in immoral and hurtful ways. I never wanted to be like that. So despite my cognitive understanding of power as a neutral, I saw it, experienced it, as a negative.

Another issue I had with power (this time, as it relates to the church) is the church’s activity in politics. When I was in college, my American politics professor said that “politics is the study of the acquisition and maintenance of power.” It’s how you get and keep power. The issue I encounter is the drive to acquire power. If we are servants to God who IS power, then we shouldn’t seek to acquire or maintain it because it is God’s to do with as God pleases. I have seen so much corruption and hurtful things come from politicians (many of which are signed off on by church leaders) that I don’t think the church and politics should be so closely linked.

My view on power has started to shift since the NEXT Church training in community organizing. The teachers went out of their way to illustrate the positive impact that power can have. They highlighted the differences between dominant power (which is more controlling) and relational power (which is more of a shared power). Getting back to theology, I believe that relational power is more God-centered. God calls us to be in community with one another just like the trinity is a community (3-in-1 and 1-in-3). However, even in that there is potential for power to be seductive. The accountability of community can counteract that if it is used. The accountability of shared, relational power is also the route through which the church can safely enter in and have a voice in the realm of politics. I mention Dr. Martin Luther King again in this regard. The civil rights movement was a political action that was born of and bolstered by the church. This is how it looks when it’s done right.

Power is something that has been a negative word throughout my life. Much of this is based on my personal experience with it and that tempered my theology towards it. However, now I have to re-evaluate my views. Perhaps power (having it and using it) is not something to be wary of. Power itself is neutral and acknowledging its source and using it properly will keep it from being a corruptor. The early church was all about building shared relational power, building up new leaders who would further spread the gospel and baptize. Perhaps I can acquire and wield power in positive, non-corrupted ways as long as I keep God (the architect of all power) first and foremost.

Originally from Cleveland, Ohio, Lawrence Rush received his MDiv from Pittsburgh Theological Seminary in 2009. Presently, he lives in Tampa FL with his wife of nearly four years. Lawrence is an ordained Presbyterian minister currently serving as a chaplain at Tampa General Hospital.

Seeing the Possibilities in Ministry
Scroll to top