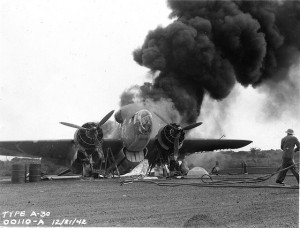 One of the guiding principles of NEXT Church is a focus on healthy congregations. That’s what drives us, rather than an ideological or theological agenda. A big part of our focus is to identify, celebrate and support places of health in our denomination so that they can propagate.

But what does health look like? How do we know it when we see it? And what about churches that are currently struggling?

As a co-chair of NEXT Church, this is something our strategy team thinks about a lot. I think we all know (or serve) churches that are struggling, but that have a lot of potential—potential to transform, potential to be a vibrant witness to Jesus Christ in their neighborhood, potential to grow in depth or breadth of ministry. Maybe they need a little inspiration, or some hopeful connection with colleagues, or a burst of energy and new ideas that comes from, say, a kick-butt conference.

But we also know that countless churches will close their doors over the next several decades. In many presbyteries, church property is sold and the proceeds go to fund new church developments and other emerging ministries. In National Capital Presbytery, where I serve, such a fund is aptly and poignantly named the Resurrection Fund.

I recently read about survivorship bias at one of my favorite blogs, You Are Not So Smart, which challenges conventional wisdom on all sorts of topics. Here it is in a nutshell:

The Misconception: You should study the successful if you wish to become successful.

The Truth: When failure becomes invisible, the difference between failure and success may also become invisible.

You can read the whole (long!!) post at this link, but here’s the bit that stuck out to me. During World War II, the U.S. military sought to make their planes as bullet-proof as possible:

The military looked at the bombers that had returned from enemy territory. They recorded where those planes had taken the most damage. Over and over again, they saw the bullet holes tended to accumulate along the wings, around the tail gunner, and down the center of the body. Wings. Body. Tail gunner. Considering this information, where would you put the extra armor? Naturally, the commanders wanted to put the thicker protection where they could clearly see the most damage, where the holes clustered. But [statistician Abraham] Wald said no, that would be precisely the wrong decision. Putting the armor there wouldn’t improve their chances at all.

Do you understand why it was a foolish idea? The mistake, which Wald saw instantly, was that the holes showed where the planes were strongest. The holes showed where a bomber could be shot and still survive the flight home, Wald explained. After all, here they were, holes and all. It was the planes that weren’t there that needed extra protection, and they had needed it in places that these planes had not. The holes in the surviving planes actually revealed the locations that needed the least additional armor. Look at where the survivors are unharmed, he said, and that’s where these bombers are most vulnerable; that’s where the planes that didn’t make it back were hit.

I still think that NEXT is right in its focus on congregational potential and health. But this article leads me to wonder about the “airplanes” that don’t make it:

Colleges and conferences prefer speakers who shine as examples of making it through adversity, of struggling against the odds and winning. The problem here is that you rarely take away from these inspirational figures advice on what not to do, on what you should avoid, and that’s because they don’t know. Information like that is lost along with the people who don’t make it out of bad situations or who don’t make it on the cover of business magazines – people who don’t get invited to speak at graduations and commencements and inaugurations.

Some years ago the session of the church I served had an off-site retreat at another church in the area. I invited a member of the other church to talk to my ruling elders about some exciting new endeavors underway there. Unbeknownst to me, however, these plans had turned sour due to some missteps along the way. The person’s presentation turned out to be a postmortem about everything that had gone wrong. I left the retreat feeling uneasy that I had subjected them to such a buzzkill of a presentation. But the session found it fascinating and helpful… and even oddly hopeful! They still talk about that presentation years later.

Rather than scare them away from trying anything new, it gave them concrete information they could use and pitfalls to avoid. They were deeply thankful to this fellow traveler who took a chance in sharing a story of “failure” and vulnerability.

Where do you see survivorship bias at work?

MaryAnn McKibben Dana is co-chair of NEXT Church. She is author of numerous articles and essays and the book Sabbath in the Suburbs: A Family’s Experiment with Holy Time, published through Chalice Press. Connect with her at The Blue Room.

NEXT Church is Not About You!