I honor Green Rainbow, Uncle Louis Mofsie, Ho-Chunk/Hopi; Teacher of Culture to many generations, whose songs and dances echo all around the world and who models for us a dignified Elder. Tabutne… While we mourn 1,160,000 human beings, the number of worldwide deaths caused by Covid-19, November 2020.

Epitaph
During my final year of seminary we were asked to write our own obituary. I’ve never forgotten that exercise, nor the humbling feeling of seeing one’s own life reduced to 5 or 6 sentences. It was a stark reminder that ‘from dust we have come and to dust we shall return.’ What happens in the meantime, the events themselves and – most meaningfully for me – our response to these things hopefully constitutes a worthy epitaph.

The ways in which we will live out our ministry can be unforeseen in the midst of our training, but I learned from examples set by the likes of Bartolome de Las Casas, The Rev. Samson Occom, Dr. Vine Deloria, Jr. and The Rev Dr. Katie Cannon, what we commit to paper may be the most important thing we can do with the witness that is given us. During the times when I’ve been “between churches” my ministry didn’t strictly reflect that for which I’d been trained, it manifested more copiously and broadly but with much less security and much more uncertainty; that freedom meant I was often unable to feed and house my family, yet that freedom offered me the undeniable opportunity to preach as if I weren’t worried about losing my job – and to do so far and wide.

How blessed are the poor – and the meek? How blessed are those who mourn and who go without? Are they cowered? Or are they emboldened to seek justice for their kindred? Must they be satisfied with a promised grand-reversal theology or might they be empowered to help usher in a divine corrective among the economically and politically disenfranchised? The five ‘wise and pious’ were unwilling to share their oil with the other five devout… yet those who refused to share were rewarded; the enslaved individuals were promoted or penalized by mimicking (or not) the questionable business practices of their Master. The goats’ calculated implementation of mercy has landed them in dire straits, while if a disciple’s understanding of ‘salvation’ doesn’t have them on sentry duty then outer-darkness may be in their future; this month’s lectionary includes Matthew 25, the hope of the PCUSA.

Several of my Native American colleagues suggested that each of us reflect upon Matthew 25 from our Indigenous perspectives, an exercise I enjoyed. 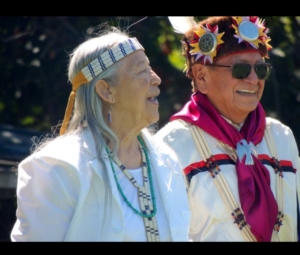 This is the 400th anniversary of the landing of the English refugees on Wampanoag land in what is now Massachusetts; 20 years hence other English arrived in the land of the Shinnecock where they were welcomed, fed, sheltered and provided with a place to live where they could hide from the Dutch who pursued them on the shores of Long Island. Surely this is the kind of discipleship and hospitality of which the Good News speaks, and obviously it wasn’t news to Nowedonah the Chief of the Shinnecocks at that time. In spite of his having traveled to Connecticut in 1637 to see first-hand the result of the massacre of the Pequot village led by Captain John Mason, our people “ministered to” the early strangers who almost immediately penned the first Deed forever dispossessing us of ‘Olde Towne’ in Shinnecock Territory.

So one Native American interpretation of the meaning of Matthew 25 is, and I paraphrase:

It takes nothing from me to declare to all of my siblings, Black Lives Matter; I speak against no one. It takes very little from me to occasionally recommit to walking with the PCUSA – even as they are among the last of the major protestant denominations to study, repudiate and discontinue the deadly, heretical, and inherently violent characteristics of the Doctrine of Discovery. This international doctrine of Christian domination wrongly codifies false religious/spiritual superiority, European and White privilege, justified the enslavement of human beings and murder; justified theft of land, water, timber, minerals, and murder; it justified centuries of family separation and, apparently, provides a lasting license to claim “humble-sheep” status among a world of wicked goats.

How much will engaging the world as a church newly committed to addressing and ending systemic racism, addressing and ending poverty bring a new vitality to our congregations, families and communities? It is exciting to know that we might build a new society that truly remembers how to include, respect and honor all of God’s children. This is all I have to say. Tabutne. 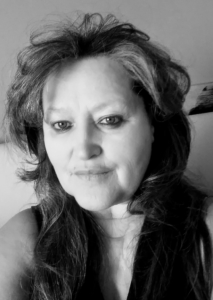 Welcome to the Future

Refugees and the Practice of Everyday Resistance
Scroll to top