Each month, we post a series of blogs around a common topic. This month, MaryAnn McKibben Dana is curating a series on the Sarasota Statement, which we unveiled a year ago and continue to promote for use in our congregations and communities, along with the accompanying study guide. You will hear from a variety of voices and contexts throughout March, reacting to phrases in the statement, and sharing ways it is being used. How have you used the Sarasota Statement? What is your reaction to these phrases? We invite you to join the conversation on Facebook and Twitter!

It was a rare moment of thinking ahead when I submitted my bulletin information for Sunday, February 18th, a full NINE days ahead. True confession though – it wasn’t actually me thinking ahead but rather the fact that our administrator was out of the office at the beginning of the next week and so the deadline had shifted. 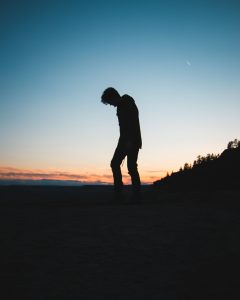 At the time, all I knew was that I was preaching on the story of Jesus raising Lazarus in John 11 and that in my initial reading of the text, I was particularly struck by the emotional journey Jesus takes. As I would later observe in the sermon to come, John’s portrait of Jesus shows us a son of God who is so confident, so unflappable, so maddeningly divine. He never seems to get angry or sad but rather floats above those human emotions. At the beginning of the chapter he even speaks so mechanically about the death of his friend. But then he comes to Bethany and Mary is weeping and everyone is weeping and he’s face to face with real death and real grief and something inside of him breaks. John then gives us the shortest verse in all of the New Testament: “Jesus wept.” Christ’s tears are so important that they receive an entire verse just to highlight this moment of extreme pathos. It’s almost as if John shows us a Jesus who is learning what it means to be human and this scene is pivotal.

I hadn’t articulated all of that when I submitted that bulletin information, but even a cursory reading of the story shows Jesus in the midst of a profoundly emotional encounter. And yet he is not simply one who grieves and wallows in that grief. Instead he is moved by that grief – John specifically tells us that Jesus was “greatly disturbed in spirit and deeply moved.” He was moved to act – and this is when he performs his seventh and final sign – the raising of Lazarus and his haunting command to his disciples and to the Church in every time and place: “unbind him and let him go.”

What I didn’t know when I sent the bulletin in was that the next Wednesday, seventeen students and educators would be shot and killed at Marjory Douglas Stoneman High School. What I didn’t know is how profoundly I would be affected by that shooting, especially as I sat with this text where Jesus is deeply moved by real death, moved to act. What I didn’t know is how I would be haunted by this Jesus who – when his disciples are standing speechless before Lazarus who is literally tangled up in the trappings of death – says to them “unbind him and let him go.”

What I didn’t know was how poignant the words of the Sarasota Statement would be – chosen nine whole days before they were spoken aloud, five days after another deadly mass shooting.

We are people of hope who confess Jesus is Lord over a kingdom in which no one is hungry, violence is no more, and all suffering is gone.
So strong is this hope that we lament any and all instances of its absence. When we witness hunger, injustice, discrimination, violence, or suffering, we grieve deeply and repent of our sins that have enabled such brokenness to persist.
Furthermore, we are incited to act and to be vehicles of change through which God’s kingdom breaks into the world and our earthly lives. Our commitment is to acts that feed, clothe, instruct, reconcile, admonish, heal and comfort – reflecting the power of God’s hope and an eagerness to see the Kingdom made manifest.

There are days when I am so tired of that kingdom’s absence. I’m tired of the flags flown at half-staff and the endless debates about guns and mental illness that never go anywhere. I’m tired of looking at pictures of tear-streaked mothers, fathers, siblings, and friends discovering their loved one is no more. I’m tired of flowers and ribbons and candlelight vigils. I’m tired of this kingdom’s palpable absence and I do feel moved. A statement of faith is just that – a statement. But at least it tells me and this community I love that when we are greatly disturbed in spirit and deeply moved – maybe we’re not so far off from the Christ whose love is stronger that death, whose passion is as fierce as the grave.

Jarrett McLaughlin serves with his wife Meg Peery McLaughlin at Burke Presbyterian Church in the suburbs of Washington DC.  This is a blog post about the Sarasota Statement, but it’s also a blog about a mass shooting in an American school, so perhaps this background is worth sharing: “During my first year of high school in suburban Raleigh, NC, a fellow student was shot and killed in the park next to my school – a student not even involved in the altercation but who came over to ‘watch a fight.’  That story and the trauma to the student body that followed forever shaped my views on guns and their place in society. As you read this post, you should understand this about me, because all of our stories shape who we are and how we react to any given situation. This is my story and these are my reactions – nothing more, nothing less.”