Unless you’re looking for Coffeyville, Kansas, you’re not likely to happen upon it.  It’s located in southeast Kansas, a mile from the Oklahoma border.  I drove to Coffeyville on a hot June day.  What I saw as I drove through downtown was not much different than many small towns in Kansas: signs of new life and possibility mixed in with lots of empty storefronts.

There’s a museum dedicated to the Dalton Gang, many of whom were killed or prosecuted in Coffeyville.  There are a few new loft-like buildings that look like they could be in a much bigger city.

Then there are the churches.  Shells of American Christendom line the downtown streets.  Enormous buildings bearing signs that read First Methodist, First Baptist, and the First Christian Church are a stone’s throw from each other on South Elm Street.  One quick turn takes you to First Presbyterian, equally as large. 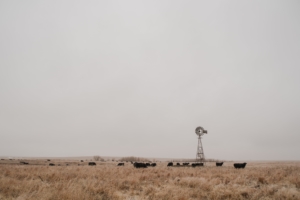 Photo by Josh Redd on Unsplash

As a community, Coffeyville has had a rough go of it.  In 1999 Amazon built a warehouse there and provided a lot of jobs.  Unfortunately for Coffeyville, people in cities want same day delivery, so in 2014 Amazon left as it moved warehouses to big city suburbs.  In 2007 a nearby river flooded.  The flood waters ravaged a third of the city, and even worse than that, a local refinery flooded, mixing oil with the river water.  Homes were lost forever.

The town could use some wins.  Still, they have kept their community college and hospital.  Keeping the hospital is no small feat as hospitals all over Kansas have closed due to lack of funds tied to the state’s refusal to expand Medicaid.

In 1999 the First Presbyterian Church had 193 members.  In 2019 the number was 75.  This 20-year decline is not much different than what I see elsewhere in our presbytery.  However, a church of 500 that drops to 250 can still support a pastor.  The Coffeyville church can’t, at least not a seminary trained, ordained, and installed pastor.

The church in Coffeyville continues to be active in worship and ministry because in 2008 they called a Commissioned Ruling Elder (or Commissioned Lay Pastor as we said back then).  Pastor Diane Massey served churches for many years as a Director of Christian Education.  In 1999 she approached the presbytery of Southern Kansas about the Commissioned Lay Pastor program.  There was no program, so they gave her a stack of books to read and assigned her a mentor to meet with once a week for three years.  After that time she was commissioned to the church in Cambridge, KS.

In 2008 she was ready to retire when Coffeyville asked her to come help them out for a one-year contract.  This turned into 12 years.  Every Wednesday and Sunday, Pastor Diane drives more than an hour each way from her home in Dexter, Kansas, to Coffeyville.  She and the session continue to renew her contract because the sense of call for Diane and the church is great.

As I think about what is next for the PCUSA I’m amazed by people like Diane, and I’m floored by how little we’ve invested in the Commissioned Ruling Elder process.  The good news is that there are a lot of people like Diane who love Jesus and love the Presbyterian Church, and who are gifted and capable leaders.  The future of the church, not only in Southern Kansas, can’t continue to rely on a model of MDiv pastors.  It is by God’s grace that Coffeyville has Diane, and I think the PCUSA could be more vibrant in small churches if we not only received God’s grace but also responded to it and empowered more leaders.

Who Deserves To Be The Sower?
Scroll to top