By any standard, Chase, Kansas, is small. The 2018 census estimate put the population at 436. Of those 436 people, 13 are members of the Community Presbyterian Church which sits at the corner of Oak and Grove streets in the middle of the 186 acres that is Chase. 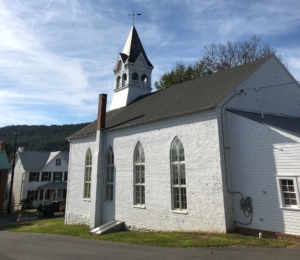 Photo by Kealan Burke on Unsplash

Chase was always small, but there was a time when small towns thrived. Fifty years ago, Chase had a movie theater, restaurants, and a hotel. Those things are long gone. There’s still a school and one gas station where you can get a burger. There’s also a part-time bank, a post office, a senior center, and the co-op, but you can’t buy groceries in town or see a doctor.

This scenario plays out again and again in Kansas and other parts of the country. Migration from small towns is not new. Nothing about this is remarkable. What’s remarkable is the impact that the Community Presbyterian Church continues to have.

The name of the church is important. Over 80 years ago members of three churches in Chase united and formed a community church. They wanted the structure of a denomination, and since none of the three were Presbyterian, they decided to become Presbyterian so as not to favor one of the three. The important thing was to be a community church, and in 2020 they are that more than ever.

I could go on, but you get the idea.

The people in the church love God and love their neighbors, and they want to show God’s love. The church is fortunate to have money, not tons, but a steady source of income in addition to tithes and offerings. Years ago, a church member left some land to the church. The church gets money from an oil pipe that goes across that land and money from someone who farms on part of it.

For a long time, church members insisted on saving the money. When “the Depression era” generation gave up power to those who currently lead (now retirees), they started investing the money in the community and in keeping up their facility. They put an elevator in at their church, so the building is 100% accessible.

When a woman who grew up in Chase moved back home, she tried to start Sunday School for children. She knocked on every door in town, and no one came. Not deterred, she adapted and created a Wednesday after school program, advertised at the school, and kids came. The children are fed, they play games, do crafts, and learn Bible stories. As the elementary children aged out of the program the church started a middle school youth group on Sunday nights. The church started paying for these children to go to the presbytery camp each summer. This year 26 children and youth were registered before camp was cancelled.

How do 13 people do this? They don’t do it alone. They pull in their friends and neighbors, continuing the mission of the community church. They do worry about what will happen when they can’t continue, but for now they keep going.

I asked if they had ever had conversations with the town 12 miles away, which has a part time PCUSA pastor, about a yoked pastorate. They wondered aloud about what a pastor would do. The pulpit is filled by church members, retired pastors, and commissioned ruling elders, and they – the members and community – do everything else.

It struck me that most of the conversations I hear around rural churches circle back to a clergy shortage. Chase hasn’t had an installed pastor since the 1980’s and has done quite well. Perhaps it’s time that the broader church stop centering itself around pastors and instead center itself on mission like they’ve done in Chase, though if a pastor were fortunate enough to serve in a place like Chase, I think they’d have a lot of fun.

Postscript:
Chase, Kansas, is in Rice County, which as of June 1 has four confirmed cases of Covid-19. The people in Chase deal with problems of the world such as poverty, drug abuse, domestic violence, and lack of opportunity, but the news cycles around the pandemic and protests seem very far away. I visited Chase (with my mask – good grief, I didn’t want to be a virus carrier from the city) on May 22, before any of us knew the name George Floyd, so I can’t speak to how the news resonates there. 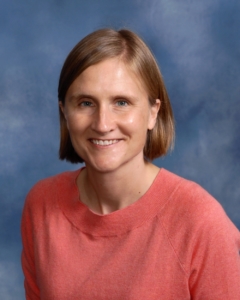 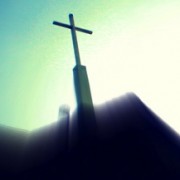